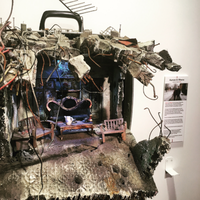 Maine speaks with a stronger voice on immigration than you might think from its size. It is home to more refugees than you might expect -- a vibrant addition to the political and creative scene there. Artists and grassroots community groups also abound in the state.

Together they launched a collaboration a few months ago that could be replicated in any state to further the national immigration discussion.

“I am optimistic that this unprecedented grassroots initiative will ignite a critically needed statewide dialogue on immigration,” said Laura Freid, President, Maine College of Art (MECA), whose Institute of Contemporary Art (ICA) is spearheading the Maine effort.

“We hope this collaboration serves as a national model for how to bring a fresh perspective on migration to communities across our country.”

Events include Making Migration Visible: Traces, Tracks & Pathways, an exhibition at ICA at MECA in Portland, Maine. Running October 5–December 14, 2018 the show will present works by diverse artists, many of whom have personal migration experiences. Additional initiative activities include: 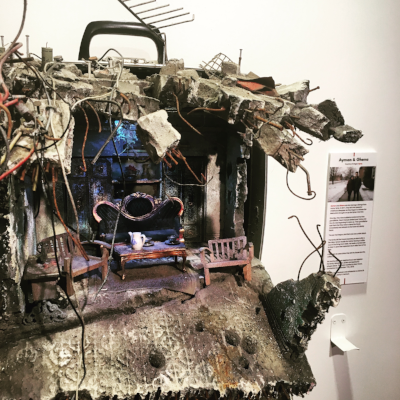 Has your state or region mounted such a collaboration between artists, refugees and community groups? Please share your experience!